Journey through the Communist Era! A Walking Experience – Hungary

Deal Validity
01 May 2021 – 31 Mar 2022
3 Hours
Fully Guided Tour
Price is per Voucher based on the amount of Persons
Need Assistance?
Ask Our Team
7-Day Change-of-Mind Guarantee
*See Booking Conditions
Add to wishlistAdded to wishlistRemoved from wishlist 0
Add to compare

The Hammer and Sickle Tour takes you on a journey back through time to show you how life was like during 50 years of communism. It is summarized how it all started, how Big Brother told us what to do and what not to do. You will learn about how life was like behind the Iron Curtain. You will find out how children were brought up, how families lived, how they travelled, where they could travel, how long it took to get a passport and many other interesting experiences from black markets to banana lines. Also included on the tour is a visit to a private exhibition room, where you will be introduced to the real features of a Hungarian home through relics, typical furniture and furnishings. Furthermore, you will see an extensive collection of many communist related artifacts and relics, such as red and blue passports, party member’s registration book, pins, medals, currency and huge placards to help your understanding of the propaganda Hungarians once lived under! Throughout the tour, you will be introduced to the historical approach through the last 200 years of contemporary Hungarian history. Hungary’s past is filled with victories, failures and struggles. You are led through these eventful times by showing the sights related to these events and telling you how they shaped Hungary today. 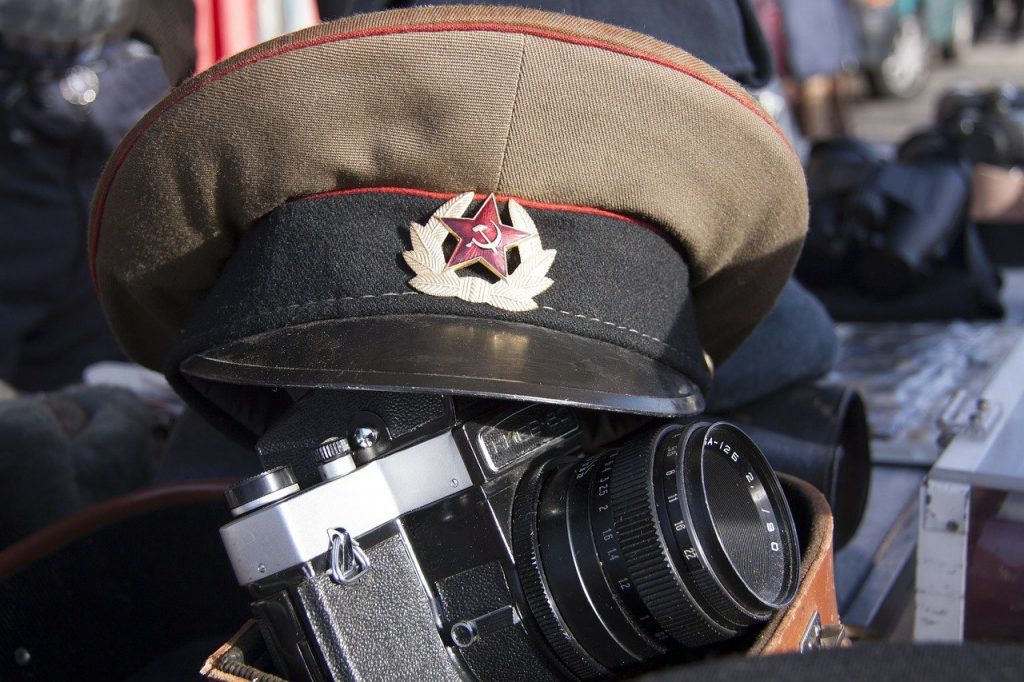 On the tour, Hungarian history is retold through events that “shook” the world – including the 1956 revolution, one of the main highlighted themes of the tour. Prior to the revolution in 1956 a plethora of events such as the War of Independence, the Great Compromise, WWI, and WWII gave huge significance to the meaning behind Hungary’s quest for freedom. After delving into recent history, a microscopic approach is taken towards the newly appointed communist government after World War II who put in place the conditions that led to the events of the 1956 Revolution. The tour leads you through the remembrance of the first protests and marches and the first shootings and killings that led the Hungarians to fight back against an unethical regime – as well as taking you through some of the major areas where all the action happened. Some of the stops and stories will be about the Liberty Square and Cardinal Mindszenty’s part in the revolution as well as the significance of the square and the last remaining tribute to the Soviet Union! At the memorial of Imre Nagy, it will be remembered the man who defied the leaders in Moscow and paid dearly on the gallows two years later. Another stop will be the Parliament area where shots were fired, which instigated the revolt to take up arms and defend one’s freedom. 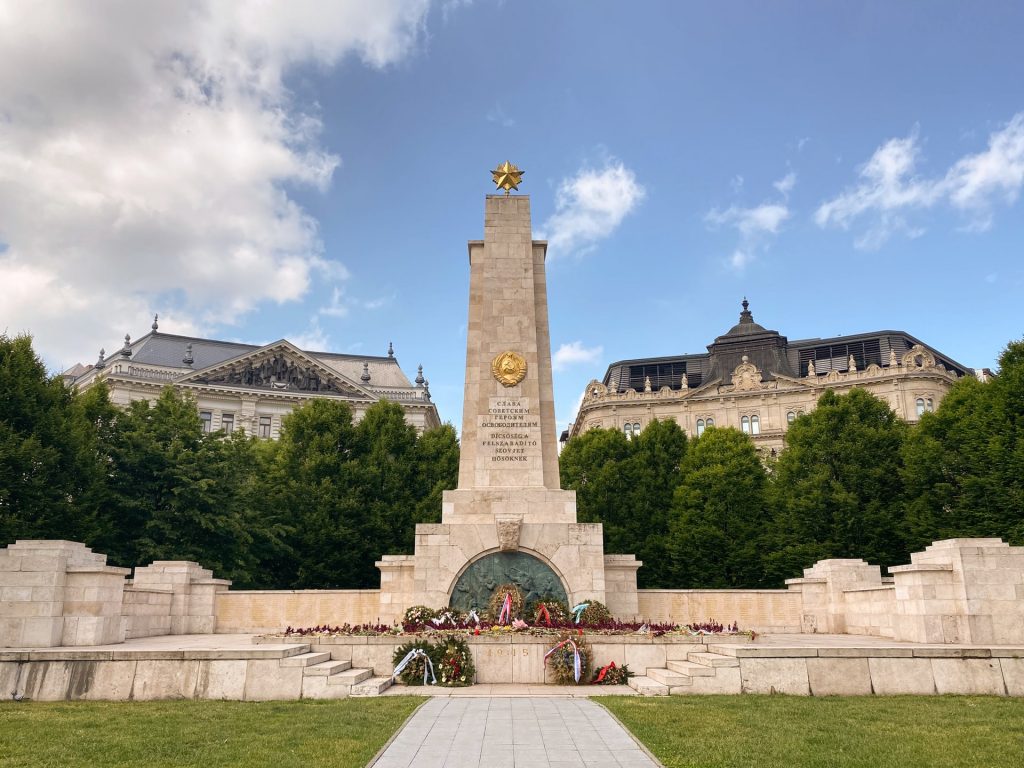 The 1956 Uprising was a short-lived battle on the streets but afterwards, many Hungarians maintained thoughts of freedom from communism and finally laid to rest the memories through the reburial of Imre Nagy leading to free elections and a return to a free society. The tour ends in the city center.

Cancelation and Refund Conditons
– FULL REFUND for 7 days from the day of purchase.
– 25% charge up to 7 days before expiration of the voucher.
– Non-refundable 0 – 7 days before expiration, or once a fixed booking has been made.
For more details please see Terms & Conditions
General Information
– Prices are usually PER PACKAGE or PER ROOM including services for 2 Persons. Then these prices are NOT per Person.
– Some deals like the Join-In Tours & Experiences have a per Person/Voucher price which is explicitly specified on the deal page.
– Please be aware that some deals require minimum participants of 2 Persons.
– In the event the minimum amount of Person is not reached alternative dates will be offered.
– If a Non-Bookable Date is mentioned, then no night / day of your booking / stay can fall into this period.
– Last departure date must be always the day before the start of a Non-Bookable Date Period.
– All Prices are based on Double Room Occupancy if hotel accommodation is included in the deal.
– There is no reduction for Single Room Occupancy.
– All Tours are based on Join-In Capacity
– All Tours are escorted by English-Speaking Guides unless otherwise mentioned.
– If one of the tours will not be running on your chosen dates, available alternatives will be offered.
– Please note that the order of sightseeing stops can change.
– Tours are usually commencing from a dedicated Meeting Point unless a hotel pick up is mentioned.
– Final information of the meeting point and time will be confirmed by the time of booking.
– Meeting Points are subject to change.
– Some tours may cross international borders. It is your responsibility to carry valid ID´s or passports with you.
– If no specific Room Category is mentioned, then the hotel will assign any available category upon arrival.
– If “Hotel name or similar” is mentioned, then the hotel stated in the tour itinerary may change to one of a similar Standard.
– Items listed under Booking Exclusions are NOT included in the price and must be paid directly at the location.
– Item Prices are usually per Person and in local currency or as indicated.
– Some countries charge additional destination tax which are either per Person or per Night.
– These taxes can vary and must be paid directly at the location or hotel.
– Prices are subject to change without prior notice and may vary upon arrival.
– If a Price range is displayed, then the entrance Fees may change depending on the travel season.
– The Fees are usually mandatory but, in some cases, you can opt not to pay the entrance fee.
– However, in this case you may not be able to enjoy the full experience as described.
– Flights to / from the Destination, local gratuities, additional meals, personal expenses and visa fees are always excluded unless specifically mentioned.
– All Deal Inclusions are listed on the deal page under Deal Inclusions.
– If any service or item is not listed there, then by default it is not included in the deal.
– Images of sites, guides and transportation are usually samples only and the actual product can vary.
– All images on our website are copyright protected.
– All deals must be redeemed and booked with our offices.
– The hotel/supplier does not have a record of your purchase until we confirmed your booking.
– All Deals are exclusively made for or by Flashsales.travel.
– Any inquiries in regards too the deals must be made with us.

For more exciting travel products all over the world, visit our main website

How do Flash Sales work?

Search our unbeatable deals and buy your travel voucher

When you are ready, contact us to confirm your travel dates

Relax and enjoy your trip to an amazing destination

Travel Flexibility: Buy your voucher now, and travel later whenever you want. But hurry…these deals are only available for a limited time and in limited quantities!

Sightseeing: Want to do some additional sightseeing during your trip? Half-day, Full-day, Multi-day, and evening tours and excursions are available. Ask us for details.

Peace-of-Mind Guarantee:  If you change your mind, you can return the voucher within 7 days for a full refund, or later with a minimal charge.

Competitive prices: While some sites only show more expensive rates, we also show you options for stays outside peak season, which offer more competitive rates. We pass these savings on to you.

Extension nights:  For a longer holiday you can buy multiple vouchers and combine them, or contact us to purchase extension nights and tailor-make your holiday.

Priced per room/package, NOT per person:  Usually our deals show you a total deal price, NOT a per person price.  You can bring your travel companion at no additional charge. Occasionally some deals especially Join-In Tours or Experiences will have a per person price.

Journey through the Communist Era! A Walking Experience – Hungary